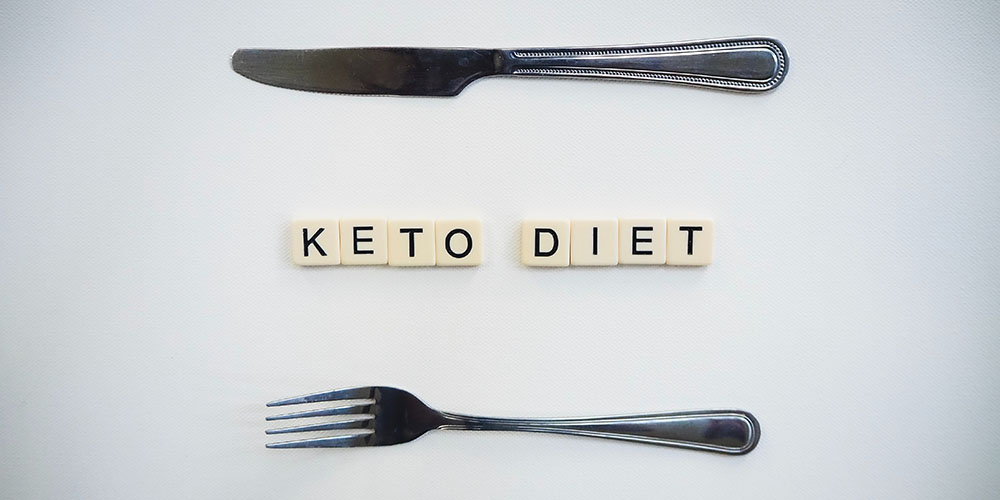 What is the keto diet? A keto diet is defined by a very low-carb high-fat (LCHF) eating pattern. The main goal of a ketogenic diet is to put the body in a metabolic state called nutritional ketosis. Nutritional ketosis is a state in which the body primary relies on fat for energy instead of on carbohydrates. Most current Western diets consist of mostly carbohydrates for energy, making it impossible for the body to reach ketosis.

With the Ketogenic Diet, carbohydrate intake is limited to approximately 30 grams a day combined with eating a moderate amount of protein and the rest fat (up to 80% of your caloric intake!). The body then has to rely on a different type of fuel than glucose, namely FAT. By a process called ketogenesis, fatty acids from food as well as from stored body fat are broken down by the liver to create ketones that will create all the energy the body & brains need.

In 1911, Paris physicians Gulep and Marie treated epileptic patients with intermittent fasting and reported significant reductions in their seizures. Little did they know their original research would still spark interest today. Starvation & fasting as a treatment for epileptic patients were studied globally for about the next ten years, with no medication yet available. In 1921 then Woodyatt noticed that people on fasting or low-carb/ high-fat (LCHF) had acetone and beta-hydroxybutyric acid (BHB) in their blood. Researchers at the Mayo Clinic proposed that the benefits from the fasting experiments, done the decade before, were linked to the presence of these ketone bodies and that a ketogenic diet should be followed. The diet details were worked out and became the standard treatment for the next two decades. More than half of the patients became seizure free.

Current day for the keto diet

Fast forward to the present day: there has been a spectacular rise in popularity of the ketogenic diet (KD) and keto food products. You have probably heard someone around you doing keto or you have maybe tried it yourself as well. For many, keto was first seen as a ‘new fad diet’, unaware of the evidence from the last decade. Those who have successfully implemented, however, know that:

The current keto trend started in North America and the word is now spreading to Europe. And we believe Keto will stay. Simply because it works.

Google search on Keto vs Paleo may 2020

The search for keto has been trending all across the globe. In Europe it is clear that Keto has surpassed Paleo in terms of popularity. Current data shows North West European consumers searching more for Keto than consumers in the rest of Europe.

The search for keto has been trending all across the globe. In Europe it is clear that Keto has surpassed Paleo in terms of popularity. Current data shows North West European consumers searching more for Keto than consumers in the rest of Europe.

Benefits of the keto diet

Once the body is in ketosis after a couple of days, people start to experience benefits like decreased feelings of hunger, lower blood sugar levels, increased energy levels, and weight & fat loss.

People who have successfully implemented the diet have shown to:

We believe that the Ketogenic Diet is here to stay, and know first-hand it is not easy to start with or to keep up. Especially for those with busy lifestyles, it will present challenges. Our role as Ketogenic Ingredients, therefore, is to support our customers to create winning (convenience) keto products. Delicious and easy to use for end consumers, made with functional ingredients.

Our Bottled PalmfreeMCT™ oil is sold in most European countries, our Veganergy® MCT powder is implemented in so many different products and we ourselves can’t stay away from the instant keto coffees & shakes we developed. We are here because we want to help you win in this market. And for us, that comes from working closely together and making YOUR customers happy. Fat bars? They are coming. Emulsion creamers? Yes, those too!

Give Ketogenic Ingredients a try and get in touch now!

Reach out to us

Reach out to us, to find out how we can help grow your (keto) Business

At Ketogenic Ingredients, we believe in the Ketogenic diet because it works, because we have tried it ourselves, because of the results we have seen. We are here to serve you with our line of winning ingredients & private labels options and look forward to work with you! Having great knowledge of the keto business and the science, we guide you throughout the process.